Today in this article we will be showing you the best RPG games for chromebook. The Chromebook is becoming a more and more robust Laptop option every year.

Chromebook has now increasing crossover functionality for both Android and Linux. And has now access to a plethora of apps and games that in the past would have been unthinkable.

With the increasing demand and usage of Chromebooks by every passing year, these Laptops are only going to get better. This being said, many users use their Chromebooks for a bit of entertainment and light gaming sessions.

Today we are here with a list of Best RPG Games for Chromebooks. Most of these games are available to download from Play Store and can run smoothly on your Chrome OS. 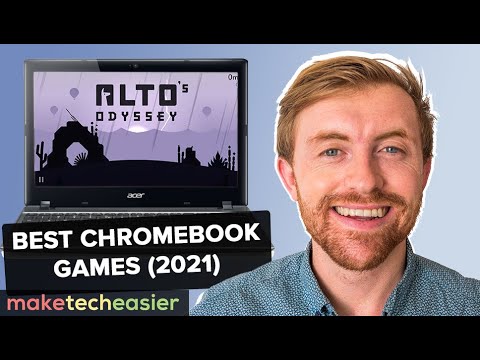 Old School RuneScape is situated in a fantasy realm with plenty to do and see. The genre of this game is Massive Multiplayer Online Role-Playing Game (MMORPG), which means you may compete with individuals from all walks of life in this game.

It is entirely up to the user to decide how the world of RuneScape appears to your player. You may either fight high-level bosses with your team or go on a solo quest loaded with riddles, creatures, and riches to find. In this quest-based game, there are plethora skills to learn and people to assist you. It is one of the most popular games played on a Chromebook as the story is interesting and has gamers hooked into it right from the start.

Tap Titans 2 is a fun way to kill time while also having a good time. To destroy creatures you must touch your screen quickly and the more quickly you press, the more damage you inflict. The gameplay is simple and follows the popular tap game culture. You should fight foes and level up your character to do the most damage possible.

Next up we have fallout shelter. Fallout Shelter is a post-apocalyptic version of Sim City where you create a bunker with an ever-increasing number of survivors. Other creatures will be equipped and sent outdoors to battle the radioactive invasion. While the big consoles and pc series plays perfectly, on a Chrome OS it doesn’t support the keyboard. So you’ll need to put your chromebook into tablet mode to play this game!

This game Bloons TD Battles is for those who like tower defense games and have a soft spot in their hearts for monkeys. When playing Bloon’s td battles players face off against one other in a world of monkeys. Monkey vs monkey battles, new attack and defense bonuses, bespoke head-to-head maps and the ability to command Bloons are all part of this game’s appeal

Square Enix’s Trials of Mana is a critically regarded action JRPG game that was initially released for Consoles only. However, it was later released for Android too. And this is why you can now enjoy this game on your Chrome OS running Chromebook.

Trials of Mana, unlike most JRPGs, employs a distinct dynamic battle system with real-time combat. As a result, you can avoid attacks, counter with your own, and do other things. The graphics of this game are rendered in 3D for a new perspective on the beautiful world of Mana, complete with rich character stories, a full cast of voice actors, and even a new game+ mode if you want a more difficult challenge after beating it the first time.

This Concludes our today’s list on Best RPG Games For Chromebook. Also checkout our article on Best Anime Games on Chromebook!