So, Why is Iroh Called the Dragon of the West? In this article, we will break down why Iroh has this great title.

Dragons in Avatar were the First fire benders. These large mythical flying creatures first demonstrated their art of Fire-bending to a tribe known as Sun Warriors.

Dragons were powerful creatures and were given the utmost respect by the Sun Warriors and the entire Fire Nation. First, Avatar Wan received his Fire bending training from the Masters of this technique, the Dragons.

A Brief Background on Avatar Roku and Fire Lord Sozin

Avatar Roku and Fire Lord Sozin engaged in a battle where Avatar Roku came victorious. Since Avatar Roku and Sozin were childhood friends, he spared Sozin’s life for the sake of their past friendship. Roku also warned him never to move forward with his plans again as it would mean Sozin’s permanent end next time.

After a few peaceful years, a sudden calamity fell upon Avatar Roku. Fire lord Sozin who still didn’t change after all these years, realized that Avatar Roku’s death would allow him to move along with his evil intention of expansion. Hence, he left his friend Roku to die at the volcano along with his Dragon Fang.

Also Read: How many Episodes Does Dark Have?

How can one earn the Title of Dragon in Avatar?

Now we have established that Dragons were the most potent Fire Benders. Despite being such powerful, Dragons wanted peace and stability above all.

Without Avatar, there was no one to stop Sozin. He started to take out everyone who didn’t submit to his expansion campaign. Unfortunately, even the mightiest Dragons died because of the Fire Nation and Sozin.

Sozin brainwashed Fire Nation Citizens with a lie. According to Sozin, Should any Firebender fight a Dragon and kill it, he would earn himself the Title of a Dragon.

The above statement was just a lie by Sozin to hunt down the remaining Dragons in the world.

Why is Iroh Called the Dragon of the West? 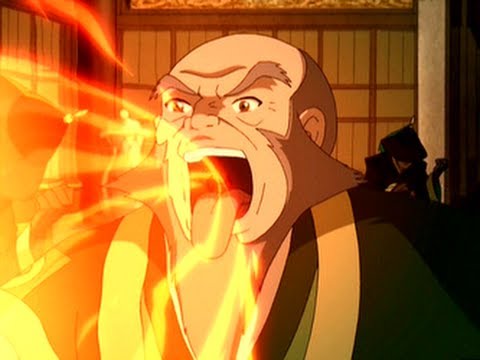 Iroh got the name Dragon of the West after claiming to have defeated the last dragon and for his incredible ability to breathe Fire like real Dragons thanks to his training with the Sun Warriors.

However, the first part (to have killed the last dragon) is just a lie that even Lord Iroh went along with, for it would guarantee the protection of the remaining dragons, Ran and Shaw. Lord Iroh faked to have killed a dragon to save the last two living ones.