So, what is MADS in One Piece?

If you have been following One Piece Anime for past few years then chances are you might have heard this term MADS somewhere.

What is MADS in One Piece? Main Purpose! 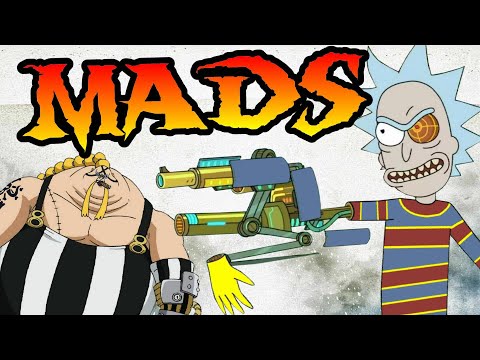 Not much has been revealed about MADS accept for the fact that it was an experiment conducted by a group of talented scientists to create weapons of various purposes.

They were illegal solely because of that fact that World Government didn’t approve of whatever these scientists were trying to accomplish.

As they continued their research and experiments, they became notable enough that even the World Government felt threatened of the very existence of MADS. As a result they were eventually disbanded due to World Government’s Interference.

The discovery of the Lineage Factor, sometimes known as the blueprints of life itself, is one of their most famous discoveries.

Members of MADS in One Piece

MADS consisted of four highly talented individuals in the field of science and research. The Four individuals and their affiliations are:

All of these members of MADS were considered to be brilliant in research and discoveries. They have been responsible for huge scientific discoveries in the One Piece universe. These scientific breakthroughs include, Cloning, Gigantification, Artificial Devil Fruits, Artificial diseases and Cybernetics.

The Beasts Pirates use Excite Bullets, a type of disease-carrying ammunition to destroy their enemies. These bullets don’t directly kill the people but develops a disease in them which will eventually kill them. It was developed by Queen of the Beast Pirates.

As we know Dr. Vegapunk, the Head Scientist of World Government, created the Pacifista, which are human weapons of mass destruction. They are Bartholomew Kuma’s (former warlord) cybernetically enhanced clones.

Gigantification is the process of increasing the physical size of organic beings by artificial means. We saw how Caesar kidnapped the children during Punk Hazard and performed Gigantification on their body.

And lastly Cloning is the process of duplicating an organism’s body. Similar to the Clone troopers from the Star Wars original trilogy, Germa 66 also uses clones as warriors for their army and uses growth acceleration on them.

When was MADS created?

According to Vinsmoke Yonji, MADS was running even before the vinsmoke children were born. The last time MADS was active was about 24 years ago before they were branded criminals by the world government. They shortly disbanded.

All of the members involved in the research were labeled criminals since some of their study’s topics were banned by the World Government. The government’s higher ups issued an arrest warrant for Vegapunk after feeling threatened by his findings and experiments, particularly those connected to that of Lineage Factor.

What Does MADS Mean?

Oda hasn’t provided us with an accurate answer but MADS might be a reference to Mad Scientist.

Mad Scientist is a term we encounter frequently in fictional series to describe those scientists who participate in unethical experiments. So maybe that is what it means in One Piece as well.

This is everything about MADS that has been revealed until now in One Piece Manga. We will update this page once we get further more information.